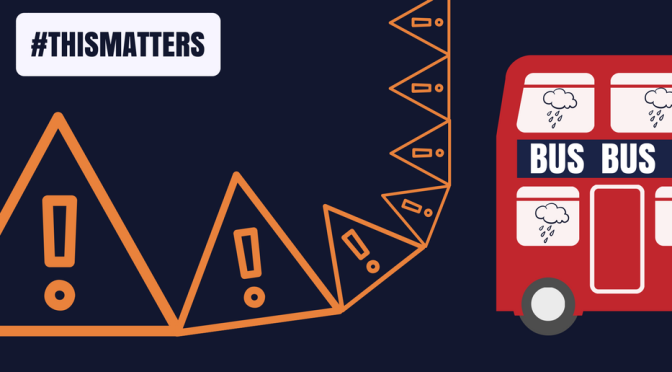 It Felt Like Being Hit by a Bus, But The Warning Signs Were There…

Wham! Should have been looking where you were going! When that bus hit, it hit hard. I had no clue where it came from. I was exhausted, confused, crying, riddled with self-loathing and regret. I was convinced that the world would be a better place without me. Where the hell did this come from?

“I was convinced that the world would be a better place without me.”

I was fine last week, wasn’t I? I mean, in the weeks leading up to this, I was helping out with the school’s winter concert. I was working out. I was constructing a built-in desk in the basement of my home for a new music room. I was practicing guitar every day. I’d recently started writing again. I was writing humorous poems for kids. For the first time in months, I’d written a new song called ‘Bohemian Girl’ (you notice I say ‘new song’, not ‘great song’!). I’d been running regularly and entered a local 10km race. I was determined to improve my swimming skills and was trying to hit the pool frequently. And of course, I was being both father and husband in amongst all this. This self-imposed definition of ‘fine’ was actually a potential road sign as to what lay ahead for me.

My point is that leading up to this ‘crash’ I perceived that my life was going along just fine. Well, at least somewhat. Hindsight is a wonderful thing, that’s for sure. The truth is that if I take out my Sherlock Holmes magnifying glass, there were some clues lurking there that hinted at what was on the way. In fact, as I look back now, some of those clues were not so much hinting as they were screaming, whooping, and hollering.

Check out Part II to find out what some of the warning signs were.