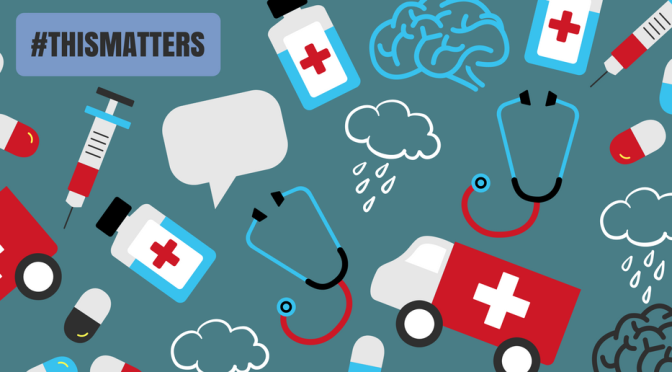 Was this SSRI all that I did? Was it my miracle cure? Heck, no! Though I would say that it did the lion’s share of the work. I also went to counselling. Did I want to go to counselling? Heck, no! Well, not initially. The idea of talking about seriously personal feelings and weaknesses with a complete stranger… not appealing. Did I do it? Heck, yes! Why? Because other people, smart people like doctors, said it would help me and I wanted to get better. I really, really wanted to get better. So, I accepted that other people knew more about this than me and I heeded their advice.

Finding a counsellor is interesting. It’s all about personality and knowledge. What’s a good match for one person might be a terrible match for another… and finding a good match is so important. I tried a couple of different counsellors before settling on one that I liked. She was also the cheapest, which I don’t mention because it was a factor in my decision of who to go with – it wasn’t. I mention this because I want to make the point that where counselling is concerned, more expensive does not necessarily mean better.

“…where counselling is concerned, more expensive does not necessarily mean better.”

Counselling sessions lasted an hour. The counsellor went through CBT (Cognitive Behaviour Therapy) strategies with me, helping me to identify distortions in my thinking that were either caused by, or contributing to, my depression. This includes things like only paying attention to evidence that supports the negative and ignoring evidence that supports the positive. Or, magnifying the negative to make small issues seems like major catastrophes in my mind. They also talked about learning to live with uncertainty, such as in the case of our health (we never really know exactly what is going on inside our own bodies). Mindfulness strategies and resources were introduced to me to help keep my mind in the present moment rather than thinking about the future or dwelling on the past. Issues were discussed from my past to see if any of these could be affecting me now. Sometimes our talk was useful and enlightening. Other times we explored areas that turned out to be less relevant.

“Sometimes our talk was useful and enlightening. Other times we explored areas that turned out to be less relevant.”

That’s the nature of counselling – not all sessions are created equally. Some will be more productive than others. I was given homework; things I should try to do before my next session to get me back to my regular daily life. Things like going on a date with my wife, taking a family hike in the countryside, or picking up groceries on my own.

Counselling helped. I don’t think it would have helped me before starting my medication, but it definitely helped speed-up and secure my recovery.