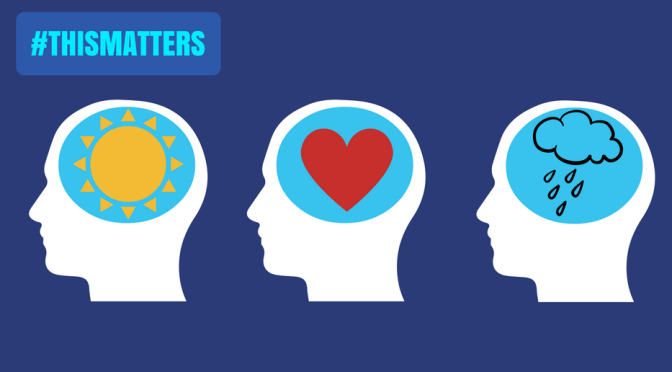 RECOGNIZING THE SEVERITY; THE NEED FOR SUPPORT…

It was January 3rd, 2016. I was in the middle of a particularly rough morning. Getting out of bed had been difficult. I’d cried a number of times. I was tired beyond tired (debilitating sleepiness was now a symptom during this stage of my depression – I felt like I could sleep away 23 hours of the day). I’d made my way to the living room couch. The magnet was working at full power and negative thoughts were screaming themselves at me as I attempted to hold things together.

“Your brain turns against you when you’re depressed and it’s a formidable foe.”

The tangible world felt as though it was going on in the distant background while I wrestled with my own mind. Your brain turns against you when you’re depressed and it’s a formidable foe.

When you go to see a doctor about depression, they will most likely ask you if you’ve had suicidal thoughts. If the answer is ‘yes’ then they will try to categorize your thinking into either, PASSIVE or ACTIVE. Passive means that dying wouldn’t be a bad alternative to the misery you’re living through, but you don’t really intend on doing it yourself. The thought of being in a car accident might be kind of appealing. If there were two buttons in front of you and one said ‘live’ and the other said ‘fall asleep peacefully and die’, you’d probably pick the latter. However, the reality is that suicide isn’t that easy. If your thoughts fall into the category of PASSIVE, then you are considered OK(ish). It’s thought of as unlikely that you will actually do anything to harm yourself. It seems to me that there a real challenge here for a doctor to get this right, as us depressed people often down-play our symptoms. If your thoughts fall into the category of ACTIVE, then you have a plan. You have a rope at home and know exactly where you intend to attach it. You’ve stocked up on painkillers and picked out a quiet spot in the basement. You know exactly what you intend to do and you’re just waiting for the right time. Hopefully your honest answer goes something like, “Oh dear, no. I’ve not had any thoughts of suicide, Doctor!” If your honest answer goes differently, then pay attention.

“…I’d had many thoughts of suicide…”

On January 3rd, 2016 I’d had many thoughts of suicide, all of them passive. I find it a bit shocking to admit to. I almost feel guilty that my family will read this and think that I felt this way with them around. I love them more than anything in this world, but depression defies all reasoning. It laughs in the face of logic and pays zero attention to sound thought. Never judge a depressed person for the way they are thinking. The thoughts had been around for a few days, but not this strong. Every time my brain threw a negative thought at me, I didn’t have the strength to bat it back. Instead, I would consider it factual and think about how these facts wouldn’t matter if something horribly fatal befell me. “Maybe I’ll get diagnosed with something that gives me only two weeks to live… that’d be great!” This thinking scared me. On some level, I feared it and knew deep inside that something was wrong. Thanks to my loving wife, I went to the emergency ward of my nearest hospital.

My advice, and that of many medical professionals that I’ve talked to since becoming depressed is “If you feel at all suicidal – GO TO EMERGENCY!” In my head, I felt that the Emergency Room was for car accidents, broken limbs, and ruptured organs. I wasn’t sick, I was depressed. Now, I realize that depression is a sickness. It can be invisible, but depression is still a life-threatening illness. Do not take it lightly. The doctors and nurses in the Emergency Ward are waiting for you and they have been trained for this moment. They will help you. Go!